The History of Waagner Biro Bridge Services in the Middle East

In the world of architecture and engineering, innovation and forward-thinking are what determine the longevity of a construction engineering company. You need to be a visionary to build the ultimate construct that embodies uniqueness and can stand the test of time. Few companies have mastered the art of balancing technology, cost-effectiveness, and engineering. But Waagner Biro Bridge Services have.

Waagner Biro has been around for over 160 years, and for the last 50 plus years we have been providing both governments and private clients throughout the Middle East with reliable, technologically-advanced, and cost-effective turnkey and bespoke engineering solutions. Waagner Biro Bridge Services combines design,  and construction under one roof for optimal communication, project management, and a more cost- and time-effective end-product.

We pride ourselves on our work ethic and track record spanning from 1967 to 2022. Due to our hands-on approach on everything we do, Waagner Biro Bridge Services has been providing excellent work and innovation to The Middle East. We cover everything from design to erection, and maintenance. We have our own steel fabrication yard to produce solutions immediately and as needed.

In this article, we will be looking at the timeline of the years that this visionary construction and engineering company has invested in the Middle East. And the incredible work that we have done to make the Middle East great while building our undeniably successful legacy.

In 1967 Waagner Biro Bridge Services constructed our first creation which was the first crossing point between Abu island and the mainland. This creation was called Al Maqta Bridge. And it was the beginning of all things great, a beautiful heritage that would span over 50 years in the region and create evolution in the company.

In 1969 our company added its signature by designing and building the moving section of the Al Maktoum Bridge in Dubai.

In 1993 we established the legal entity Waagner Biro Gulf LLC with its office in Dubai. Al Maktoum Bridge lift is the first O&M contract for the Dubai government.

In 1997 our company provided its services again by creating the Marine and coastal engineering division to support the bridge division.

In the Year 2004, we were awarded their first service contract for Coastal protection works.

2005 proved to be a great year for us as we have been awarded the first Road maintenance contracts from the newly established Roads and Transport Authority. This would be our first government-awarded contract of this authority which proved to be major and only cemented our growth and contribution to the Middle East.

In 2007 we showed off our speciality once again by designing and constructing the Dubai floating bridge. This year was the year of expanding our expertise towards Qatar by establishing a legal entity in Doha. In addition to this, we were also awarded our first WBB water treatment services contracts in Qatar. 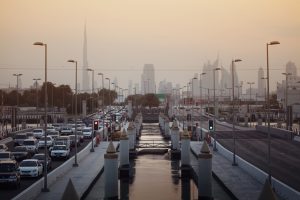 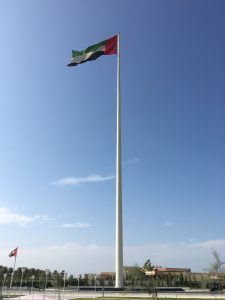 In the year 2009, we were awarded a five-year contract for O&M for pumping stations and package treatment plants.

In the year 2014, we got to design and construct the Dubai Union flagpole, one of the highest flagpoles in the world having a height of 123m and we also renewed our 5-year contract for pumping stations and a package treatment plant with O&M

In the year 2017, we inaugurated our own 6,000m² steel fabrication facilities in Jebel Ali (Dubai)

In the year 2018, we renewed our 5-year contract for O&M of the Floating bridge and the Al Maktoum Bridge

Just like our creations our company has stood the test of time, proving that continual evolution and a great work ethic make for a successful Construction- and Engineering Company. Not to mention the innovation and consistency we have shown. Visit our website for more on what we have created and what we can do for you.